What speakers would you like to hear from in upcoming live sessions?

Click reply to add your own answers and discuss topics that come up.

Liked by Emilie Engli and 2 others

Rob Arthur
Founder and Director
Posted 2 years ago
Guest speaker Mariam El Bacha started her career +20 years ago in her home town of Buenos Aires, Argentina, opening multiplexes for Village Cines then moved to the UK to start her international carrier with Vue Cinemas and later lived in Melbourne, Australia, developing Gold Class locations for Village Cinemas. In 2010, she continued her journey in Vietnam, running the N1 Cinema chain, MegaStar Cineplexes, later acquired by CJ CGV, and in 2014 moved to MBO Cinemas managing 27 locations across Malaysia. Mariam is now CEO of Cinepax, the number 1 cinema chain in Pakistan. #cjCinemaSummit 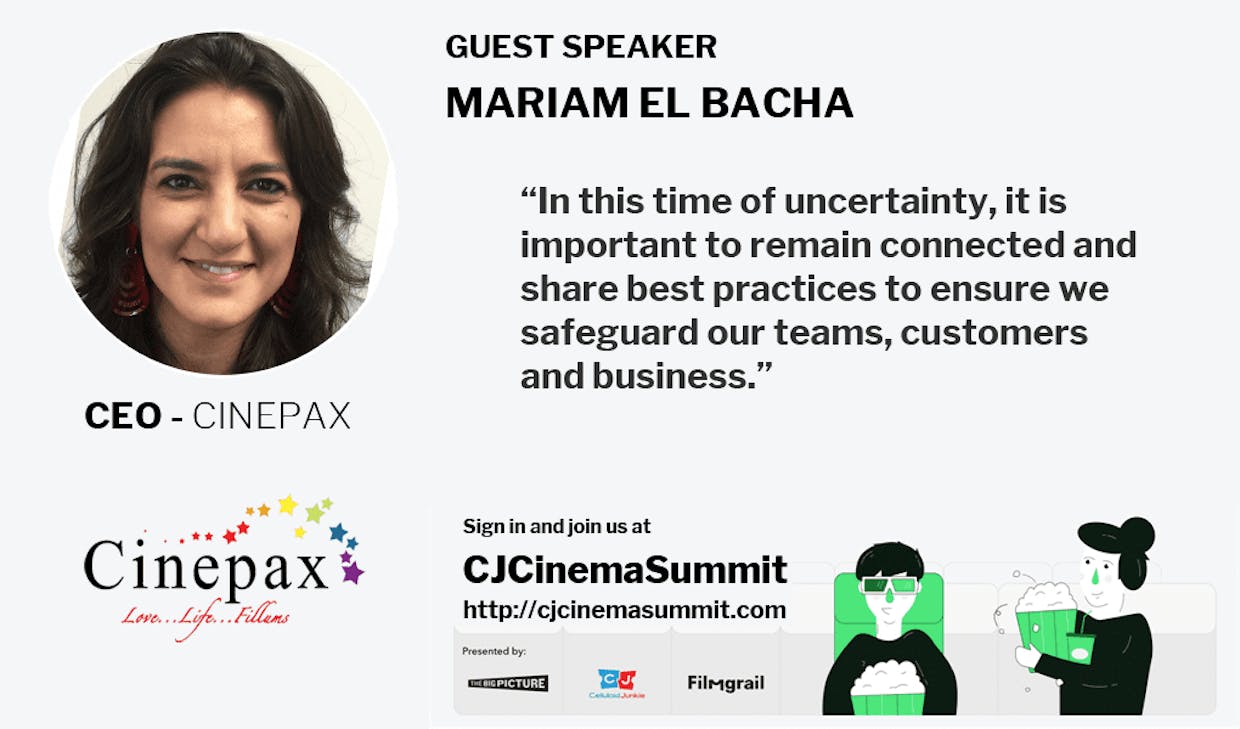 Liked by Emilie Engli and 2 others

Rob Arthur
Founder and Director
Posted 2 years ago
Since taking on the role in 2013, Debbie Stanford-Kristiansen has turned Novo Cinemas into the household entertainment brand it is today, offering more than just a venue to watch movies, but an immersive state-of-the-art destination for a variety of entertainment options through strategic partnerships and organic growth. The UAE based cinema chain operates across the GCC region... #cjcinemasummit 2 on Thursday 26th March at 16:00 GM 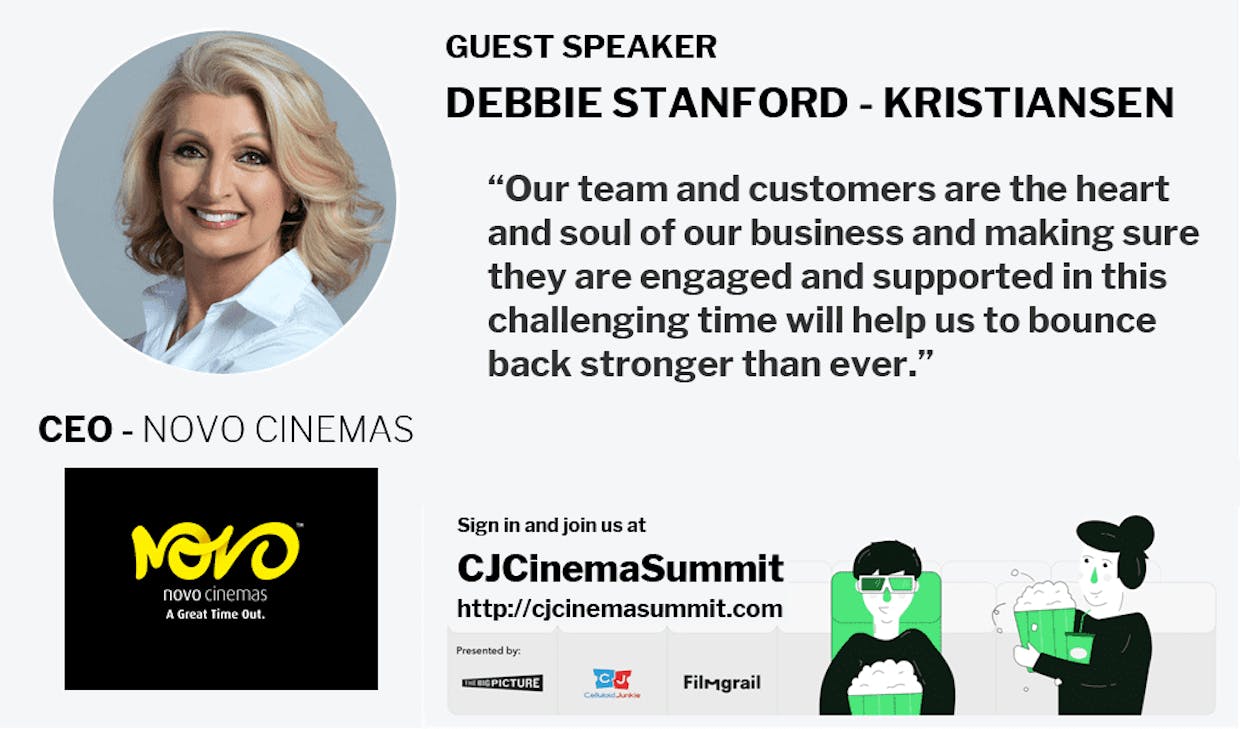 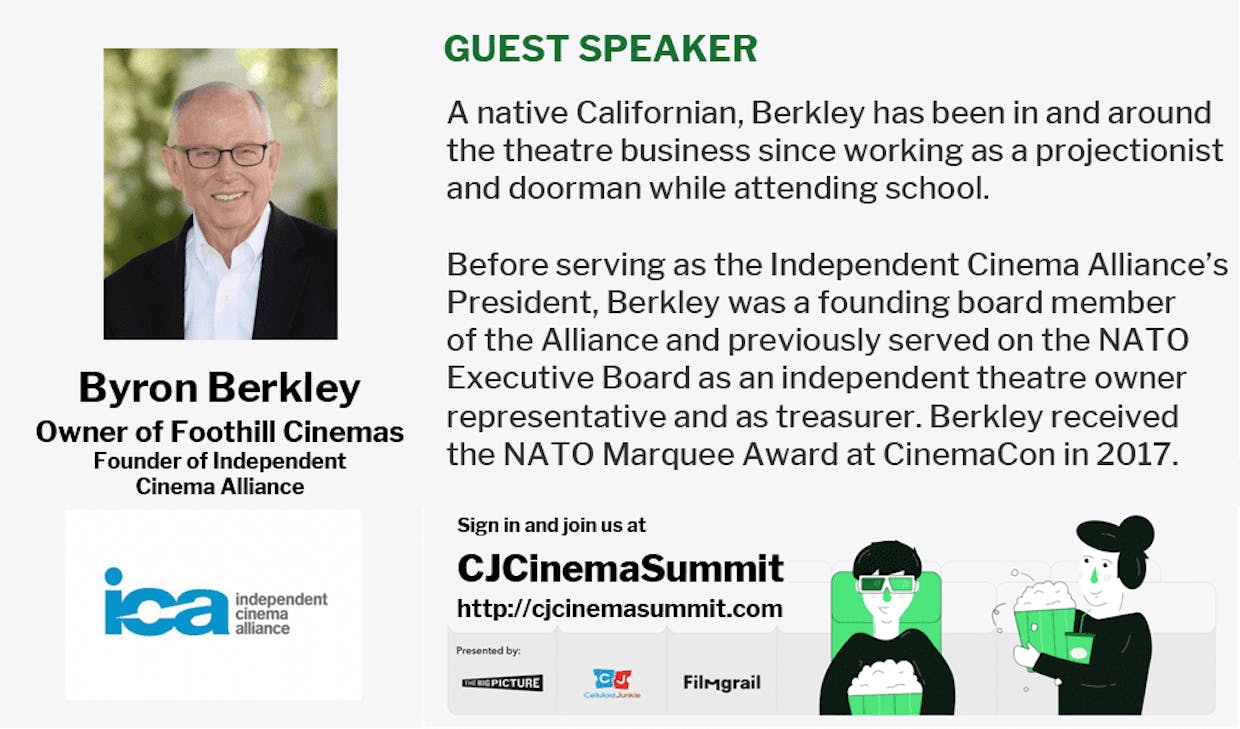