Alice Tentori
Cinema Professional
Posted 2 years ago
Just wanted to share with you this analysis streaming/theatrical from a money point of view. English in the first comment.
https://cineguru.screenweek.it/2020/04/lo-streaming-sostituisce-la-sala-cinematografica-26591/

Liked by Yumi Honda and 1 other 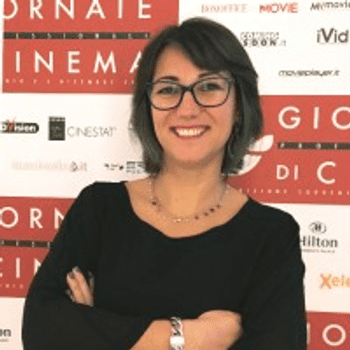 Alice Tentori
2 years ago
In these days (already more than a month already) of darkness in the room, some titles have arrived and / or are streaming on the various platforms that will skip the release in the room. On the part of the exhibitors, there is some concern, meanwhile for the long period of closure and uncertainty on how and when it will reopen, second, but not least there is the fear that the phenomenon of streaming may replace the movie theater experience.

As you know, the various streaming platforms never broadcast numbers on the various downloads of titles (and series), if not sometimes but in a very coarse way. It would instead be logical (and fair) today to know these data, also to understand how the market is reacting.

In these days I happened to read many comments, in the various social networks on the onerous cost (about 16 euros) of the rental of these films in "absolute first", I do not enter into this controversy (which at the moment I do not care), even if it goes having said how much a film at the cinema in "first viewing" on Saturday evening (without various discounts) costs us on average 10 euros (compared to an average annual ticket price in 2019 of 6.51 euros) per person, against precisely the 16 streaming. A cost (that of streaming) that still allows you to be able to divide the expenditure in the family (for example, a film for children, a family with two children can also spend 40 euros in the cinema for a film, without considering adding pop corn and various drinks) ... albeit deficient in the cinematographic experience which today (I challenge anyone to say otherwise) remains irreplaceable.
But let's get to the question that we have already asked ourselves starting from the title… does streaming replace the cinema? I make an example on "The Invisible Man", the title came out about 10 days directly in VOD on various platforms, it was a title highly anticipated at the box office, so much so that it can be assumed it could cash in (in the first 10 days, and without coronavirus emergency ) a figure around (but perhaps even more, taking into account the excellent reviews obtained) at € 2 million, about 300 thousand spectators.

To reach that streaming potential, it would take at least 125 thousand downloads (attention is only a simple mathematical calculation that does not involve other factors, such as a different division of costs and margins compared to the market in the room).

Also, how much of this potential € 2 million would they return to the Distributor? However, there would be lower costs than the experience in the room to be taken into account, the advertising campaign for example, the Siae, the tax credit, a different division between the distributor and the platform compared to the room, etc.

The download, should (hopefully, ed.) Also be loaded with a% to be able to turn to a fund for exhibitors, thus further lowering the margins (at least for the films flying Italian nationality).

But what interests me is something else. Are we sure, is there in Italy, at the moment, such a number of people download a film (for hire) with these numbers? In addition - let's keep this in mind - of an endless number of free products already on the market and / or available, monthly at a lower cost (for example, a monthly subscription accumulated to the three most important platforms - Netflix, Amazon, Disney Plus - it costs us on average, about 20 euros). And let's talk about the only digital product, without considering the myriad of films that regularly broadcast on TV for free.

Recently Disney has returned to the streaming / room topic through its own executive president Bob Iger:

“There are some titles that we have decided to move to Disney +. We have already announced one, Artemis Fowl, which would arrive in the cinema within a few weeks. Others have simply postponed them. In other cases, we moved everything to Disney + much faster than we would have done before, when it wasn't there. Frozen II is one of these titles, but Onward is the best example. He was in the cinema when it all started. We moved for a short period in pay-per-view and then headed to Disney + - Iger explained - After Artemis Fowl, however, there may be some other films that we will end up putting directly on Disney +, but as regards most of the great Disney titles, the idea is to wait and postpone. As has already been done for several films. "

It is clear to everyone that large budget films, such as "Mulan", "Black Widow" cannot recover the cost of the cinema market to recover costs. It is no coincidence that the majors (all) of Hollywood have thought of postponing the most important titles for months if not a year.

Surely this pandemic health emergency for covid-19, as we have already widely said in other articles, has accelerated the coexistence of the room / streaming that will also be created in the "future" (we hope it is as "present" as possible) when the rooms They will reopen. The emergency has now split the Pandora's box on the greatest (and immediate) potential for exploiting a film.

But the room will continue to have its charm. To date, the box office collection slice covers most of the revenue possible, to lower production costs, of a film. This at least following today's production models, we will see in the future if this health emergency will also affect the production mode (as well as the distribution) of high-budget films, perhaps reducing the quantity compared to a quality equal to that of today.
0